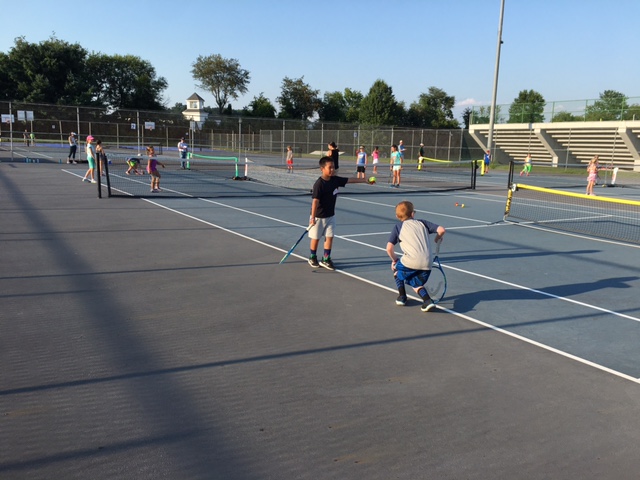 For each division in the event, two teams were formed and teammates created their name, after which each team vied for medals as well as sportsmanship awards. Team champions and runners-up were determined by total team scores that were accumulated during round-robin matches in which every point won by a singles player/doubles team was added to the final team score. A bonus round of team singles finished the night of competition with loud cheers for “the last player standing.” BCTA coaches and volunteers were on hand to guide players and matches, and a number of parents helped with scorekeeping in the Red and Green Ball divisions.

“This was an especially fun group. It’s great to see players not only develop, but having fun.” said Laura Canfield, BCTA Program Director, who organized the Team Challenge.

The BCTA offers a sincere thank you to the following: Council Rock School District for making its facility available and USTA Middle States for providing the Sportsmanship prizes for the event.

Special thanks goes to the parent volunteers who helped keep score as well as to the BCTA coaches—Steve Johnson, Arden Williams and Jim Dalo—and volunteers who assisted players with round-robin scoring and with playing tips. Of course, thanks also goes to all the players’ sideline support who appreciate a point well played.

Congratulations to all who participated in last Friday’s team challenge events.  Photos are on the BCTA Facebook page https://www.facebook.com/profile.php?id=100057512535118.