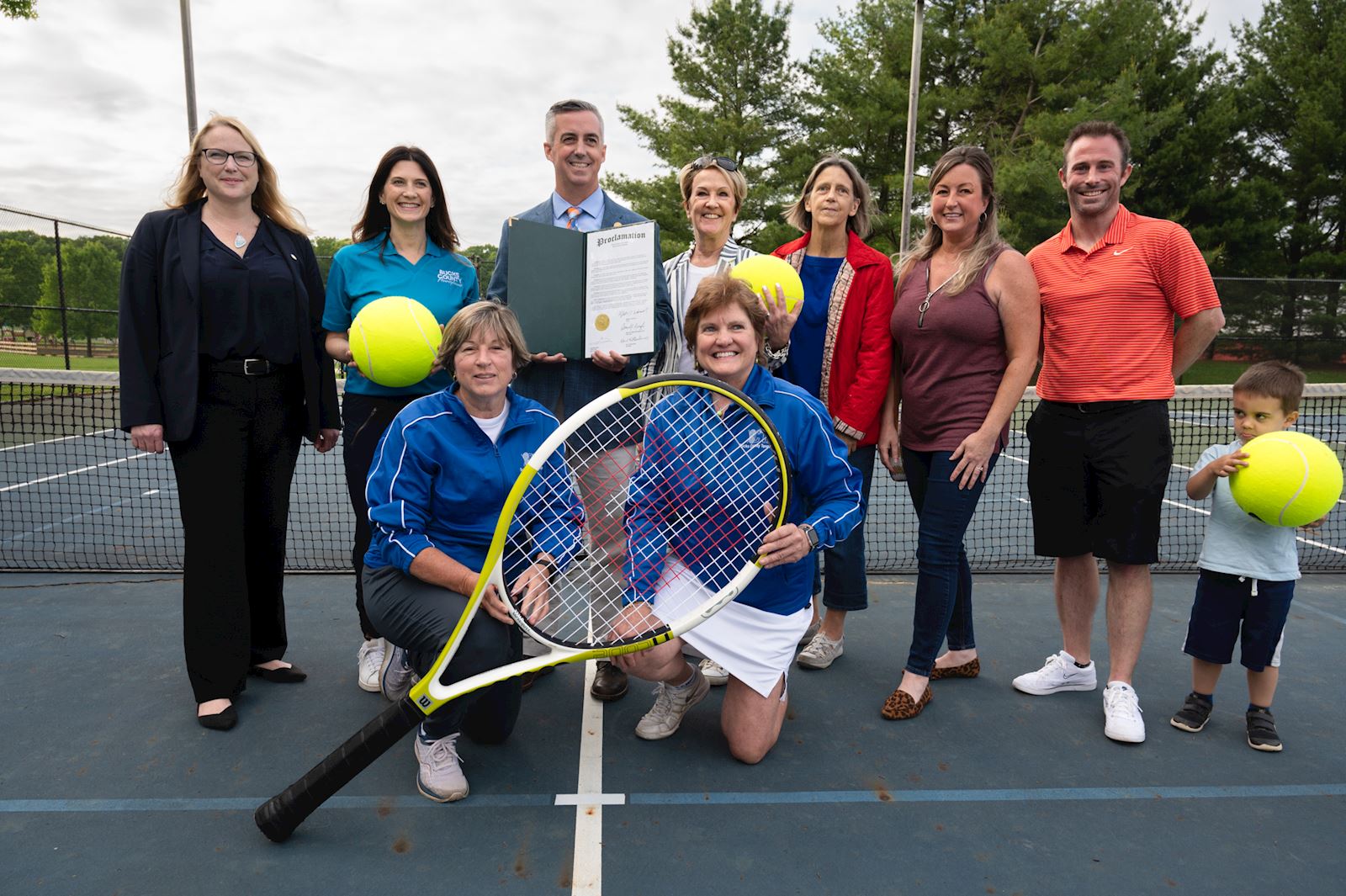 The NPPTC's formal announcement, along with the Bucks County Board of Commissioners issuing a proclamation that “May Is National Tennis Month” throughout Bucks County, was made May 24 at Central Park’s tennis courts in Doylestown.

The celebratory NPPTC tennis weekend in July will include: the 20th annual BCTA Jr. Classic, adult prize money open tournaments, and NTRP-level tournaments—of which the women’s double divisions will be in honor of local tennis player, coach and volunteer Carol White, who passed away in 2019—as well as the biannual novice-level BCTA Team Challenge (invitational event). The various competitions provide tennis for everyone!

The weekend will also include a tournament player picnic/reception on Saturday and a free T-shirt to the first 500 NPPTC registrants.  Visit the 2022 NPPTC tournament web page at publicparkchampionships.com for more tournament details, registration, hotel information and auxiliary happenings, including:

The National Public Parks Tennis Association (NPPTA) was founded in 1923 by Dwight Davis (who also founded the international team competition the Davis Cup), and each year the NPPTA holds its annual national park championships at locations around the United States.  Celebrating its 99th anniversary in 2022, the NPPTC is an important reminder about the impact of public park tennis, and the millions of people who play it. The public parks and tourist attractions in Bucks County are the perfect fit for the NPPTC—fun for friends and families of all ages!

The BCTA is a Middle States Premier Provider, offering affordable, fun, community-based tennis programming in partnership with local municipalities/school districts at over two dozen outdoor (and some indoor) public sites. A major advocate of youth and adult tennis as a whole, the BCTA annually provides tennis programming to more than 2,000 participants county-wide.