BCTA Players Perform at US Open 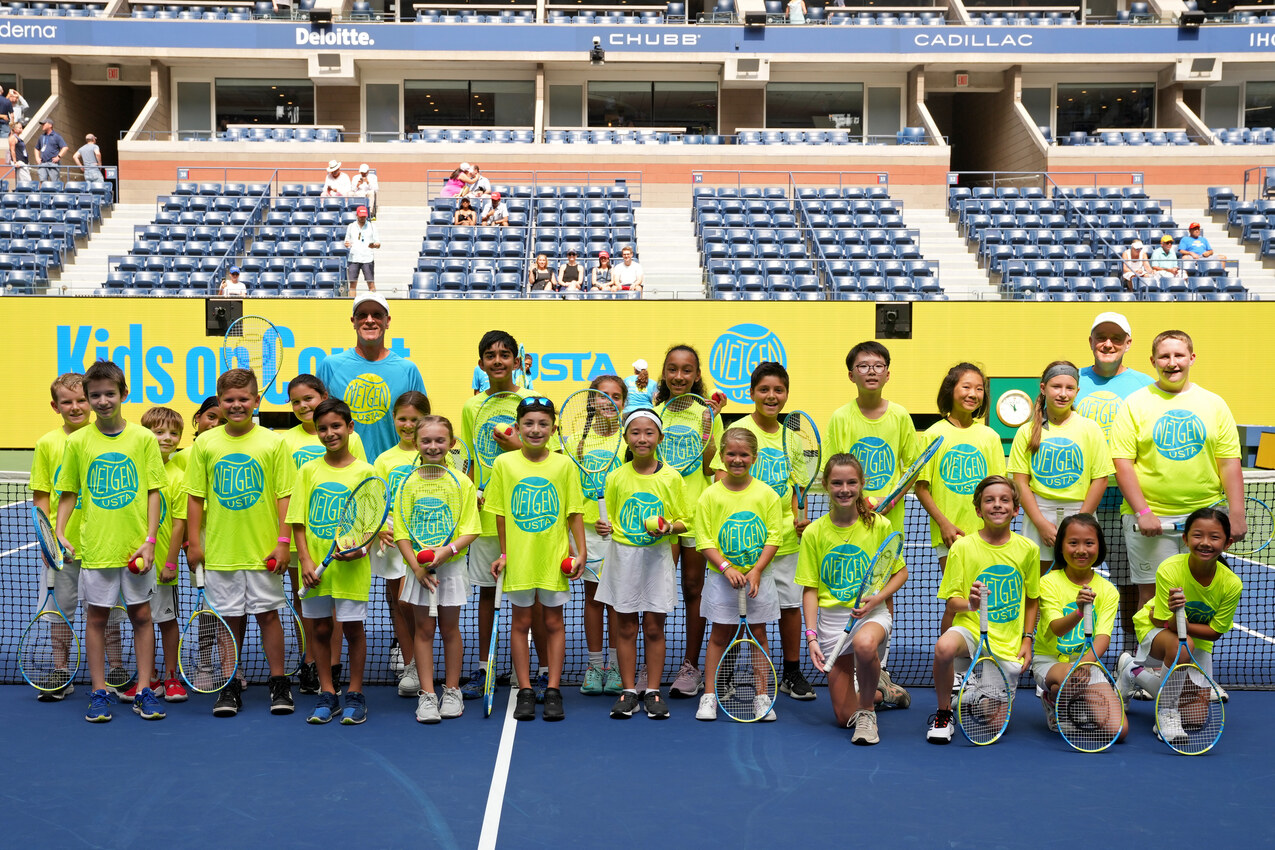 Twenty-four athletes (and two alternates)—lead by BCTA Coach Steve Johnson and assisted by BCTA Coach Craig Batten— were part of an on-court tennis demonstration on Arthur Ashe Stadium—the largest tennis stadium in the world—prior to the start of Casper Rudd’s (the eventual US Open men’s finalist) Labor Day Sunday match. The Rudd match was followed by that of American teenage tennis phenom Coco Gauff. Maggie Lin of Levittown tossed the coin prior to the men’s match and then posed for a photo with Rudd and his opponent.

Parents of the youths commented on the special occasion: “It truly was a memorable day that we will never forget!” commented the Stacey Malicki of Doylestown. This sentiment was reinforced by the Daniella Munn of Warrington, noting, “[It was] an incredible experience for our family. Our son smiled from ear to ear throughout the day, and the event further deepened his love and interest in the sport.”

Athletes were invited based on the recommendation of their respective BCTA public park tennis coach and hailed from municipalities throughout Bucks County.  “The kids and families were all terrific. Being at the US Open was wonderful itself, but the kids playing on Ashe Stadium was just amazing,” said Coach Steve.

Kids On Court, part of the USTA’s youth tennis brand Net Generation gave more than 1,000 youth tennis players from across the country the opportunity to play on the iconic courts of the USTA Billie Jean King National Tennis Center. Activations took place prior to the first 10-day sessions on each of the US Open show courts: Arthur Ashe Stadium, Louis Armstrong Stadium, Grandstand, and Court 17 as well as Courts 5, 11, and 12. They were also held in Arthur Ashe Stadium prior to four selected night sessions. Now in its fourth year, the Net Generation “Kids On Court” has expanded each of the past two years to include more courts and more sessions, impacting a greater number of youth tennis players from across the country,  and this year is the first one in which BCTA athletes participated.

Net Generation is a celebration of a game where no one sits on the sidelines. Tennis is easy to learn and tailored for all ages and abilities, giving kids a game that will help them build friendships and learn skills they’ll use for life. For more information, visit netgeneration.usta.com.