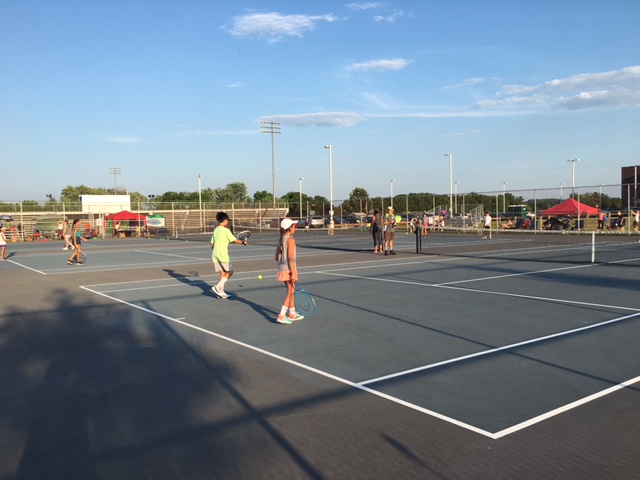 There was "hot" tennis to go along with "hot" weather at Council Rock North High School courts, site of the bi-annual BCTA Team Tennis Challenge. The July event was the Novice Division of the National Public Parks Tennis Championships.

LITTLE ACES DIVISION: Going into the Bonus round, the Black Mambas were ahead 357-322. Then the Black Mambas won the bonus round of the Team Tennis "sandwich relay," which gave the team an extra 30 points. While the 352-point total wasn't enough to pull the victory out of the hands of the Red Bulls team, the team made it competitive!

JUNIORS DIVISION:  Going into the bonus round of team singles, the Black team was ahead 325 to the Red team's 290 points. The Red team won the bonus round, but the 30 points was just not enough to push them into a gold medal.

Congratulations to all the athletes and their support teams!