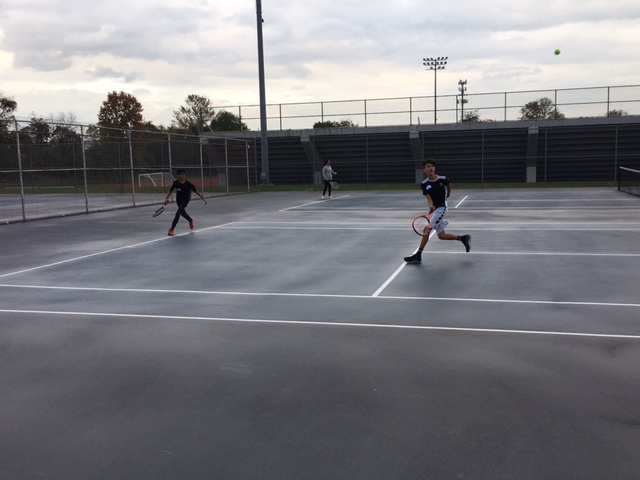 On October 24, the Bucks County Tennis Association (BCTA), Inc., hosted its Fall Team Tennis Challenge, bringing together 55 county-wide program participants who were recommended by their coaches to Council Rock North High School tennis courts for friendly competition, with many playing in a tennis competition for the first time. While the day started out and ended sunny for the Little Aces Age Division, athletes in the Juniors and Teens/Adults division ultimately battled the weather—swinging in the rain—as no one wanted to stop playing.  For team photos please log onto BCTA's Facebook page.

Little Aces Age Division: The Wasps (from Lower Bucks sites) defeated the Ghosts (from Upper Bucks sites) in a closely contested total of games, 312–306, after five rounds of doubles matches and a 30-point bonus round for team singles, but it was just not enough to overcome the Tigers lead.

Juniors Age Division: After seven rounds of play, the Tigers (from Lower Bucks sites) defeated the Phantoms (from Upper Bucks sites) by a 383–378 total game score. The Phantoms won the 30-point team singles bonus, however it was not quite enough to overcome the Tigers’ lead.

Teens/Adults Age Division: The South team defeated the North team after seven rounds of doubles and singles play, and lots of great rallies.

“The athletes all exhibited great sportsmanship and team spirit, as revealed by their perseverance with the weather,” said BCTA Program Director Laura Canfield.  Athletes were awarded their respective gold and silver medals as well as sportsmanship awards.

Many thanks to the parents who graciously agreed to help set up nets and keep score for players as well as the BCTA coaches and volunteers.