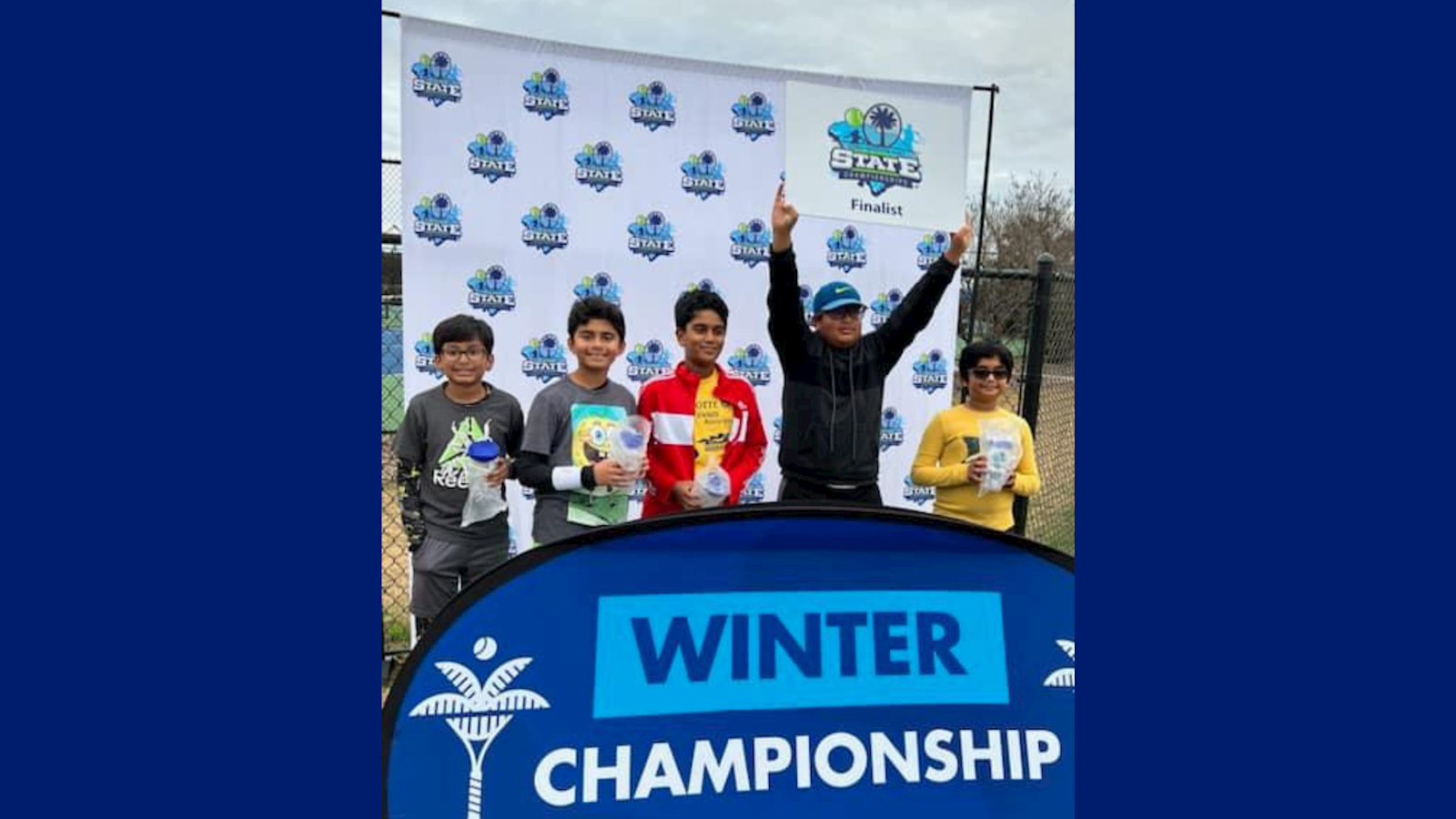 The Five Musketeers is a group of 5 boys, some of who have been playing at the Rock Hill Tennis Center for a few years while others joined in the past season. They have bonded and created a great connection on and off the court! While competing against players double their height, they absolutely enjoyed their experience together during the local season and during the Winter State Championship!

During the break between their matches, they played some more fun tennis with each other and their parents, and they also enjoyed a game of cards! Those boys are an example of great sportsmanship, teamwork, positive attitude on the tennis court, and respect and appreciation for the opponents, the coaches and their parents!