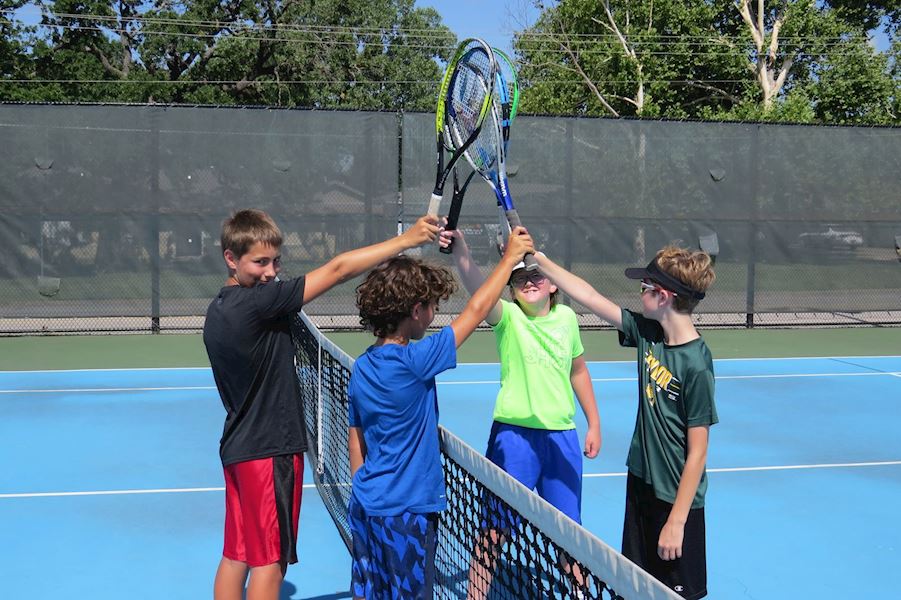 Summer 2020 and MATA wondering if we would have summer tennis camps for the kids. On May 18, 2020, Governor Greg Abbott in Texas allowed youth sports to operate, but under state health guidelines.  Our tennis camps were scheduled for 3 weeks in June and advertised by the Mansfield Activities Center (MAC).

MATA's executive board members reviewed all the state health guidelines and called other tennis facilities to see what they were doing. Many had decided to have their kid's tennis camps, but with limited number of players per coach. So, with procedures and protocols, a release of general liability waiver, MATA said yes to our kid's summer tennis camps.

Wow, were we surprised with the player enrollment and waitlists! Parents and kids were ready to get out of the house and play! Each camp week we had 8 to 12 students depending on the number of coaches for the week. We had to take each player's temperature and sanitize their hands and some items on the courts. Social distancing was practiced, as best as kids can, and everyone had a blast!

The kids learned a new way to use their sportsmanship at the end of the match with the tennis racquet bump. Thanks to all the kids for playing and the parents for allowing them to come out and play with MATA.